Where Will My Children Wind Up After My Divorce?

You are here: Home / Divorce / Where Will My Children Wind Up After My Divorce? 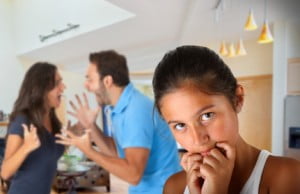 Divorcing parents tend to worry more about their children than anything else. Concerns include how well the youngsters are handling the divorce and whether they are affected by parental disagreements during divorce negotiations. Most of all, these parents are concerned about where their children will end up once the divorce is finalized. Fortunately, parents have much control over the outcome and with help from a family law attorney, they can ensure it is positive.

Parents have a right to arrange child custody during divorce negotiations and help from a mediator or family lawyer streamlines this process. If parents disagree about how to divide custody, this third party steps in to help them reach a consensus. After the custody arrangement is ironed out, the lawyer puts it in writing and submits the document to family court for approval. Once the court issues a custody order, the arrangement becomes legally enforceable.

When even a legal expert or other professional cannot help divorcing parents agree on custody, the case is handed over to a family court. A judge then reviews the family situation pre-divorce and considers multiple factors regarding parental lifestyles and financial status as well as each parent’s ability to provide a safe and stable future for the children. If a child is old enough to form reasonable opinions, the judge may ask the youngster about preferred living arrangements.

Family law attorneys know what characteristics judges look for in custodial parents. By retaining one, a parent hoping to win custody during divorce is able to position him or herself favorably through testimony, witnesses, and documentation. Assistance from a family lawyer is often the key to a well-prepared custody petition and this child custody help is usually very affordable.

Though parents may act out of love, some cannot avoid a custody fight during divorce. Rather than arguing, each parent should retain a different family lawyer and work on making a case for child custody. A judge will view a petitioner who avoids engaging in spiteful or retaliatory behavior much more favorably.

Divorcing parents who fear that letting a court determine custody will end badly for one of the parties should be pleased to know that this is not usually true. Judges want children to be raised by both parents, so they are likely to award joint custody during divorce as long as both parents are deemed satisfactory caregivers. Children often wind up splitting time between both homes until they reach adulthood.

Get your Free Custody Evaluation Now!