Which Parent Gets the Kids During a Divorce? 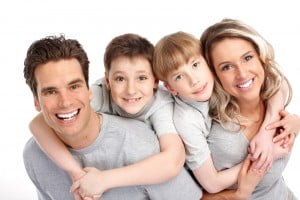 Child custody during divorce is one of the most heated topics in all of the law – understanding the important factors that go into deciding who gets the kids during divorce is essential to winning the child custody rights you deserve! When a couple gets divorced and there are children involved, one of the major points of the settlement is who gets child custody during divorce. You may want to leave your spouse, but few want to have their children taken away from them permanently. Whether you are a mother or father, you have the right to raise your children and you have the right to fight for your custody rights!

The courts look at many factors during a custody battle in divorce. If the parents have not already come to a joint custody agreement, it is up to the mediator or judge to determine if there will be sole or joint custody when the divorce proceedings have concluded. We have highlighted some of the key factors that will be used in determining the custody fight during divorce. to learn more, connect with an expert divorce lawyer right here!

Knowing the important factors that can help you fight for custody of your children is the first step to winning a child custody battle during divorce! The next step, the most important step, is speaking with one of our expert family law attorneys right away!

Nicholas Baker is a practicing family law attorney with over 17-years of experience handling divorce, child custody, child support, and domestic violence matters in the courtroom. Attorney Nicholas Baker believes in providing family law information for individuals so that they can make an informed decision about their own family law matter.

1 thought on “Which Parent Gets the Kids During a Divorce?”