Is Joint Custody an Option for You?

You are here: Home / Child Custody / Is Joint Custody an Option for You? 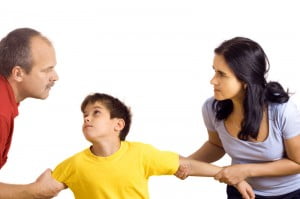 Joint custody what is best for most children as long as the parents can get along. Every parent who gets divorced should understand the basics of child custody. Physical and legal custody are the two main types and these may be arranged by the divorcing couple, with help from a third party, or through the local court system. Joint custody is a common arrangement and it is available to many divorcing couples. The first step to getting joint custody is working with an experienced family law attorney for a free consultation.

Getting Joint Custody is Possible!

Joint custody is possible when parents share physical and legal custody. Physical custody is actual caregiving and legal custody is the responsibility to make decisions regarding the education, healthcare, religion, and other important aspects of childrearing. When parents share custody equally, they split time with children evenly and have equal responsibility for making decisions regarding their children.

Though this sounds like the ideal form of child custody during divorce, a true joint custody arrangement is not always that common. It can be disruptive to the lifestyle of the child and stressful for parents who must schedule time with children around work and other obligations. A more common arrangement involves one parent having primary physical custody while the other receives visitation, with parents having joint legal custody.

A parent who is divorcing should discuss the possibility of getting joint custody with a family law attorney. After a frank discussion about having the children split living time evenly, the parent may realize that this arrangement could be detrimental. Attorney and client can then work together to prepare a case for joint legal custody and either primary physical custody or visitation.

If the other parent is not physically or mentally fit to care for the children, the client may decide to petition for sole custody in divorce. If this is awarded, the petitioning parent will assume all physical and legal responsibility for the children. This is usually only done in extreme circumstances such as when the other parent has a substance abuse issue or is considered harmful to the children. Courts expect the petitioning parent to prove such things so child custody help from an attorney is recommended.

The ability to win custody in divorce hinges upon being able to prove that you are the best caregiver for your children. Both parents have equal rights to physical and legal custody so the parent who wants sole or primary custody must make a strong case. To win custody during divorce, consider hiring an experienced family law attorney. This  will result in a stronger case that may make a court rule in your favor. Don’t wait any longer, speak with someone that can help you get your kids back!