Not Disclosing Assets During Divorce is Illegal

Being worried about losing everything during a divorce is quite normal. The temptation to lie about those assets so you do not lose them is also normal. But, you are not the first person to go through a nasty divorce and you are surely not the first person to consider hiding assets to keep them away from your spouse. However, not disclosing assets during divorce is illegal and can lead to significant legal problems if you go this route. It is always best to tell the truth and give your attorney everything requested to allow her/him the chance to object on your behalf. Lying and hiding assets during divorce only leads to big problems in the end as a judge will not look fondly on your case.

Jail Could Be in Your Future if You Hide Assets

Has anyone ever gotten away with hiding assets during divorce? Yes, but that does not mean you will. In fact, virtually everyone trying to do this is caught either during the divorce discovery period or after the divorce has been finalized. Simply put, the risk for doing this is extremely high.

You Could Forfeit 100% of Your Assets

Yes, it’s true. If you are caught lying, a judge could award 100% of your assets to your spouse. Take this case for example, published in the LA Times Newspaper. In 1996, Los Angeles resident Denise Rossi file for divorce against her husband, Thomas Rossi. Thomas was shocked because Denise wanted the divorce completed a fast as possible. He complied and the divorce was granted. Fast forward 3-years to 1999 and an errant piece of mail landed in Thomas Rossi’s mailbox made out to his wife and him stating that their company could make a lump sum payment for large lottery winnings.

Thomas was shocked, as he had not known about Denise winning the lottery, so he called his attorney and investigated. It turned out that Denise had won the lottery 11-days before filing for divorce – that was why she wanted it done so quickly! In fact, Denise had won $1.3 million dollars and she never disclosed it during the divorce.
Thomas’ lawyer brought the case back to court and when the judge heard about Denise’s lies, he awarded 100% of the lottery winnings to Thomas. The moral of the story? Don’t lie, disclose your assets and debts and let your attorney fight on your behalf, do not lie.

Discovery is a legal term used to describe the time leading up to the trail where both sides are required to divulge information. This is used in all court cases, not just divorces. In addition to the information supplied to each other, both parties are entitled to use third parties and contact employers and plan administrators for relevant financial information.

In addition, each spouse will likely be deposed by his or her spouse’s attorney. At this point, you are under oath and telling any lie under oath is considered perjury, a crime than can send you to jail as well as resulting in fines. Hiding assets during divorce can lead to being held in contempt of court as well, which means you likely will have to pay your spouses attorneys fees in representing them for part of the discovery process as well as coming back to court to show that you lied.

How are Assets Divided?

This depends on the state where you reside. States fall into two categories: community property states or equitable distribution states.

Community Property States – in these states, all marital property is split evenly (50/50) during the divorce. If you had any property or assets prior to marriage, those assets are still completely yours, unless those assets have been commingled with marital assets.

A common example of this is money that was brought into the marriage by way of adding it to a joint account. At some point, the couple invests the money or buys or improves an existing marital asset with those funds (such as the purchase of a home). While some states will still grant an exception and require the funds to be separated, this is not the norm.
Funds that are gained as an inheritance or a gift to one specific partner would also fall under these same rules.

Equitable Distribution States – in these states, the court will evaluate each partner’s contribution to the asset pool as well as the length of marriage prior to distributing the funds. This may not always be a 50/50 split as in community property states. 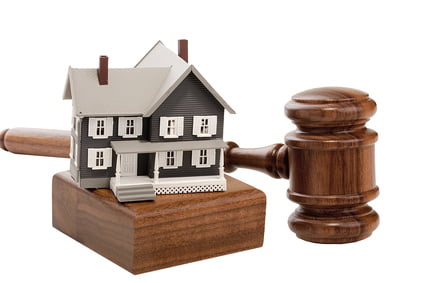 1 thought on “Hiding Assets During Divorce?”