Are Alimony and Maintenance in a Divorce Settlement the Same Thing? 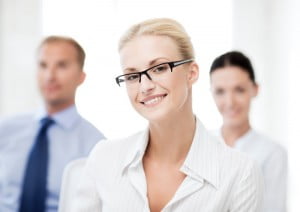 As is the case in many situations in life, there can be several different terms for the same situation – this applies in the world of family law quite often. In this specific case, alimony and maintenance are in fact the same thing. Because every state has its own set of family laws, different language is used in the verbiage when the law was created. Some states use the term “maintenance” rather than the more commonly used “alimony”, although they both mean exactly the same thing.

What Exactly is Alimony or Maintenance?

Generally, alimony (or maintenance) is is an amount of money that is awarded to one spouse from the other. This may be awarded as a lump sum at the time the divorce is finalized or one spouse must provide weekly or monthly payments for a set amount of months. Most states have eliminated “permanent” alimony, but an award of alimony that is to last for 25 or 30 years may be permanent in nature anyways, depending on a person’s age.

Alimony or maintenance payments may go on until a specific event, such as remarriage or death, or they may have a time limit on them. The division of marital property may also play a part in how much or for how long alimony is paid. A long list of specific details go into awarding alimony to one spouse from the other such as the educational level of each spouse, the work history of each spouse, whether one spouse has a disability, the earning capacity of each spouse, along with many more factors.

Who Pays Alimony in a Divorce?

In states where alimony or spousal maintenance is paid, the “non-monied” spouse in the relationship is generally awarded alimony. This is the spouse that is not the primary wage earner in the family or where it is determined after an investigation into various factors who the recipient should be. For instance, if the father or mother stayed home to take care of the children and the home while the other spouse was able to have a career, the homemaker, be it the husband or wife, is probably entitled to some award of alimony, depending on the circumstances of that particular case.

How is Alimony Determined?

There are a significant amount of factors to consider when alimony is decided, so there is no one fool-proof method or equation that enables you to know how much you will have to pay or will be awarded. However, we can break down some of the factors that most state courts look at when making the decision to award alimony.

The spouse in question needs to be able to prove that he or she is unable to support himself or herself within the same standard of living as the parties were accustomed during the marriage. Some states, such as Illinois (see Illinois Maintenance Statute at: 750 ILCS 5/504), now have laws in place that take a mathematical approach to alimony by taking a percentage of the spouse’s individual gross incomes and then determining a percentage that should be paid depending on how long the marriage lasted. Even in these cases, there should be some type of limit put on the alimony. For instance, many people try to make a limit such as when the children are out of the home or until that spouse can attend college or some type of technical school for training so he or she can find employment that will enable the individual to support themselves.

How Long Will I Receive or Pay Alimony?

In most cases, the award of alimony will be written into the divorce agreement. This is where a less experienced divorce attorney can really cost his or her client down the road. You must be very careful how the divorce settlement is worded so that one party can avoid losing alimony by “technically” not breaking the alimony agreement.

You may also have an agreed upon status or event that will allow you to discontinue alimony payments. However, it may be a challenge to get the receiving party to agree to these terms. For instance, cohabitation could be a condition, but you would have to prove they are in a relationship and the receiving party has not taken in a boarder. This is something that should be discussed in detail with your divorce attorney before agreeing to terms.

What is even more confusing, some states now use a set calculation for the amount of time alimony should be paid. For example, a state may say that for the first 1-5 years of marriage, the length of an alimony award should be 20% of the marriage, for years 5-10 30% the length of the marriage, and so on. This can lead to problems as people are now incentivized to make it to those break points of 5 years, 10 years, and so forth. However, at least in states that utilize a rigid formula such as this, all parties have an up-front idea what they are potentially looking at rather than being blindsided.

Can I Fight an Alimony Award?

Alimony in divorce is usually one of the most contested subjects, right behind custody battles. For some reason, most people believe that if they live in a state that awards alimony and they are the primary breadwinner, they are going to get soaked for the rest of their lives. However, this is far from the truth! If you want to fight alimony, find a local divorce attorney that will consult with you to discuss the matter. Because alimony awards can last for years after the marriage has ended, it is important to understand all the laws within your state and to proceed with extreme caution.

Reasons to Fight Alimony in Divorce

One of the major reasons someone will fight alimony is simply a false presentation of the expected standard of living. One spouse may believe he or she should be driving a jaguar, when really, post-divorce, neither party can afford such a luxury. Another reason would be a spouse estimating the time that it would take them to become self-sufficient.

Let’s take, for example, a man or woman married for five years at the age of 28. If this 28 year old attempts to claim that it would take ten years to acquire the proper education to be able to qualify for a job that would enable him or her to maintain the same standard of living he or she had while married, red flags should immediately go up. This is obviously an exaggeration of the time needed in an effort to get a larger award of alimony than actually needed.

Fighting a claim for alimony during divorce is no time to cheap out – this will almost certainly require the skill and knowledge of an expert divorce attorney in your area. Remember, once the divorce is finalized, you are stuck with the settlement for the rest of your life, barring some small exceptions to this rule. To learn more about alimony and spousal maintenance in your local area, contact us by filling out the form on the right side of this page to connect with a local family law expert.